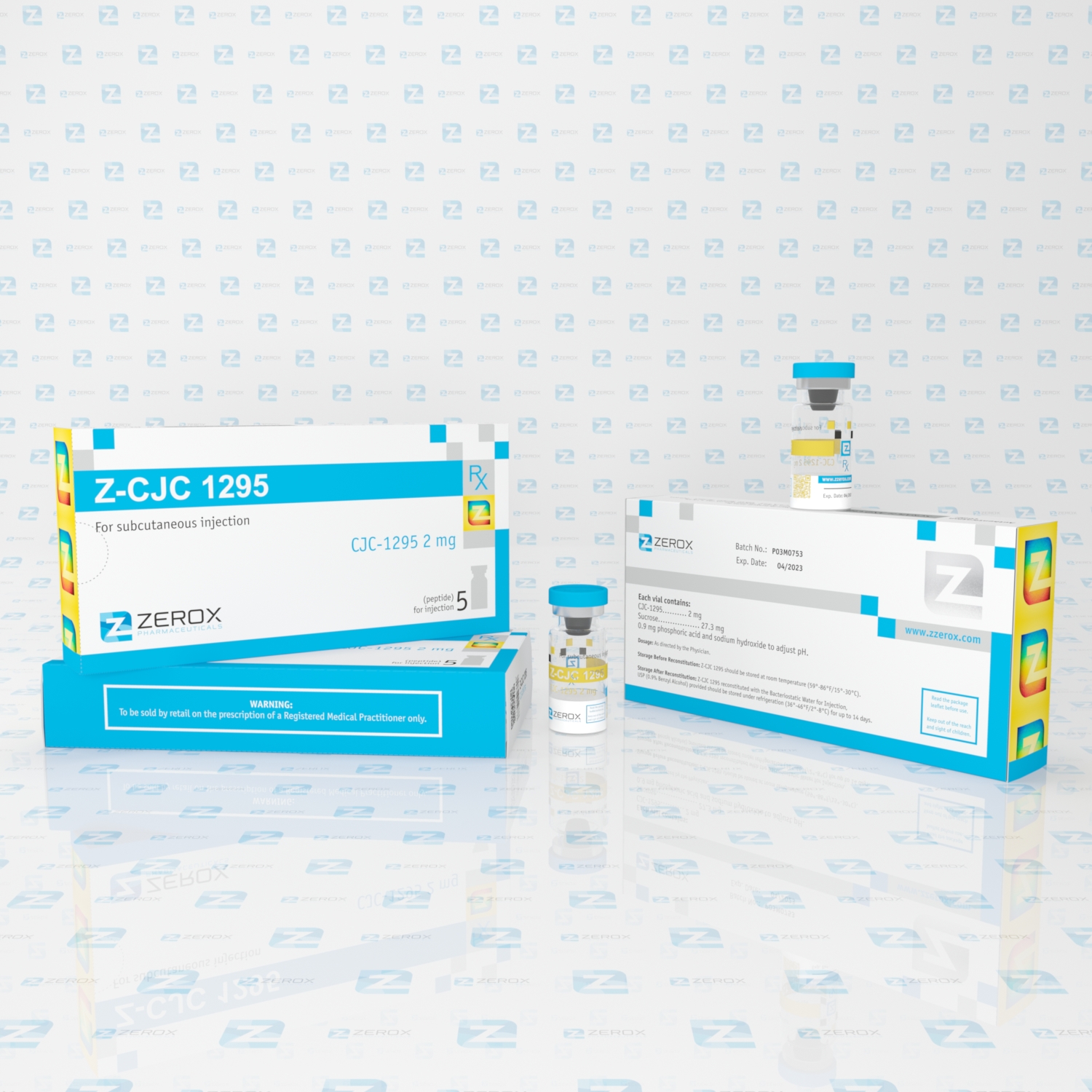 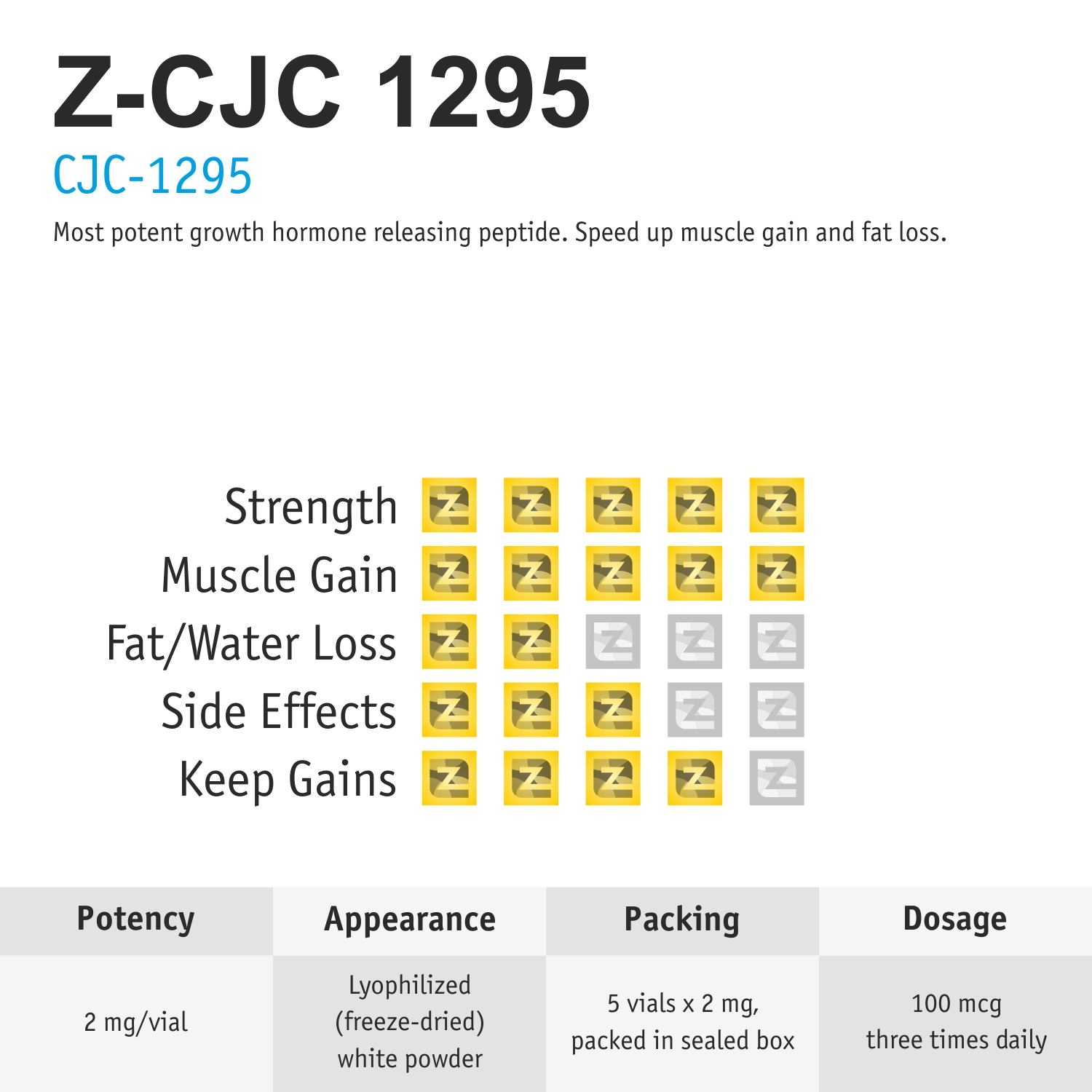 CJC 1295 is a synthetic growth hormone (GHRH). It combines 30 amino acids in the analog blend. Users secrete high levels of growth hormones. It is often used in combination with IGF1 (insulin growth factor) or other GH peptide blends. CJC 1295 increased growth hormones, without increasing levels of prolactin and it helps increase cellular repair. It also helps promote weight loss and can help increase the metabolism, among other benefits. It has been seen on several peptide blogs and is amongst one of the best peptides on the market currently.

Two forms of CJC 1295 exist. The first is GHRH which is a growth hormone releasing supplement which is released by the hypothalamus. The second form is a modified version adding DAC, a drug affinity complex. This manufactured peptide helps to increase the half-life of CJC in the system.

Several benefits exist for CJC 1295 users. Obviously, it is beneficial for those who are deficient in growth hormone levels, as it will serve to naturally increase those levels. Increases in lean muscle strength, reduced body fat levels, and increase in overall muscle strength, are all attributed to the use of CJC 1295.

Along with weight loss, users are also going to experience increases in their metabolism. Incorporating CJC 1295 with DAC, will increase the lifecycle of CJC within the user’s system. Therefore, the benefits are going to be prolonged, meaning these increases are going to last for longer periods of time, after injecting the CJC 1295. As CJC 1295 contains 30 amino acids, it’s also beneficial in helping users get in these amino blends, which most people are not getting from their diet alone.

CJC 1295 should be mixed with sterile water; approximately .5 ml of water used for mixing will result in 2 mg dosage of CJC 1295. It is advised to use 1 mg to 2 mg dosage per injection vial when administering CJC 1295. A syringe is used, and the injection should be injected subcutaneously, meaning, it should be injected in a fatty area of the body. The upper thigh, waist, or back, are a few of the easiest places to administer the injection.

The dosage cycle for CJC 1295 is going to vary. It can run up to 12 weeks for individuals who are engaged in bodybuilding or those who exercise frequently. For newer users, it is best to consider a shorter dosage cycle, possibly two to four weeks, then increasing from there. If injecting CJC with DAC, the longer half-life means that injections only need to be administered once a week.

A good injection cycle might be injecting CJC 1295 with DAC (1 to 2 mg of CJC) once a week. The injection can be taken at any time of the day. It is recommended, however, to inject on an empty stomach for the best results. And, it should be taken approximately 20 minutes prior to consuming a meal or drinking other beverages.

Again dosage will vary. For someone who is just starting, it might be advisable to begin with 1 mg, or even .5 mg rather than 2 mg. From there, you can build up the use and frequency, as well as increase the dosage cycle period. Also consider if you’re using CJC with DAC, that injections are only required once a week.

Not many side effects or adverse reactions are attributed to using CJC 1295. Because it contains amino acid compounds, which the body needs, it isn’t going to adversely affect most users. Some of the common complaints by users include a feeling of a “head rush.” For some, tingling of the extremities is also complained of. And, some users complain of pain, redness, swelling, or irritation, which is often associated with the injection and at the site where they inject the syringe.

It should be noted that is serious medical issues arise, users should stop injecting, and should contact their primary care doctor or emergency medical care if necessary.

The primary purpose or use of CJC 1295 is to increase growth hormone levels. The peptide blend contains 30 amino acids and is therefore used by many to ensure they’re getting essential and non-essential amino acids in their diet as well.

It promotes so many benefits, however, that it is beneficial for many users, regardless of their age. Some of the primary uses of CJC 1295 include

• Help fight the signs of aging
• It can reduce the appearance of crow’s feet, wrinkles, or dark/age spots on the skin
• Rev up the metabolism
• It helps burn more calories and aids in weight loss efforts
• It can help users get into a state of lipolysis

Many users rely on CJC 1295 to help boost protein synthesis in the body. Some users appreciate that it helps with cognition, memory retention, and can help insomnia sufferers. It can also stimulate immune system health. Therefore, some users attribute the fact that they don’t get sick and maintain a healthy lifestyle, with their use of CJC 1295.

HOW SOON AFTER I BEGIN A DOSAGE CYCLE WILL I SEE RESULTS?

If you’re new to CJC 1295, and use of growth hormones in general, you’re probably wondering how soon until you’ll begin to see the results. This is a common question that CJC 1295 users have. Several factors will contribute to how quickly you’re going to see results. Age, your genetics, lifestyle, health levels, external factors, and other supplements or prescriptions you are currently taking, are all going to impact how quickly you’ll experience the results of injecting CJC 1295.

It will usually take a few weeks before users are going to notice any real impact or difference in how they feel/appearance with CJC 1295. So, those who are looking for a “quick fix” aren’t going to get it here. It requires some time for the injection to acclimate with the body. And, if there are other medications or supplements in the system, this can further prolong how much time is going to be required in order to see the results of CJC 1295.

And, it’s important to note, the results will vary for each user. Some people might experience results in one week; especially those who are fit and workout regularly. A person trying to lose 100 pounds, who hasn’t worked out in years, might require a little more time to notice the results they expect to see when incorporating the growth hormone injection into their dietary regimen.

WHAT IS THE PROPER DOSE OF CJC 1295 FOR THE BEST RESULTS?

Dosage of CJC 1295 is going to vary for each individual. It is advisable to inject 1 to 2 mg per syringe, which is injected on a weekly basis for most users. For the best results, you’re going to want to use closer to the 2 mg dosage.

However, those using CJC 1295 with DAC, are going to require a lesser dosage because of the shorter half-life. And, those who are new to CJC 1295 might not want to begin at the highest dosage levels. It’s important to keep an eye on how you feel, and consider external factors as well as other supplements you’re taking, before you settle on the right dosage level.

Each individual will react differently, so what works properly for one person, isn’t going to be the same for the next. Speak with your doctor before starting a CJC 1295 dosage cycle to ensure it’s safe for you to take, and that it can be taken with other medications or prescriptions you are currently taking.

Is CJC 1295 right for you? If you’re building up for a competition as a bodybuilder or trying to lose 50 pounds, it might be. Or, if you’re deficient in GH levels or want to improve the appearance of your skin, it can help. Like all other supplements, it’s best to discuss use with your doctor prior to starting a dosage cycle. However, there are many proven benefits of using CJC 1295 when taken at the prescribed dosage level, for people at all phases in life, and all fitness levels.